Advocating for an issue that needs media attention?
Dealing with a crisis?
We can handle it.

The Mach 1 Group is a nationally-recognized, award-winning Austin-based firm serving organizations and individuals whose interests are in the public realm. We are a certified Historically Underutilized Business (HUB), being 100 percent female-founded and -owned.

Our goal is swift and excellent service to clients who require expert communications counsel to achieve their business goals.

In the age of the 24-hour news cycle, communications experts at your leadership table are a must. Contact our team today to see how we can serve you.

Whether playing offense or defense on a legislative or regulatory issue, we draw on decades of experience in campaigns and government to build the winning game plan for smart organizations.

On good days, we help inoculate against a potential reputation crisis. On bad days, we parachute in to handle some of the toughest crises organizations can face, managing and mitigating reputational assaults, stabilizing and rebuilding.

Executive positioning, thought leadership, speech preparation and media relations are in high demand for C-level corporate leaders. Those skills have never been more of an asset than they are today as organizations communicate across multiple platforms and need effective brand& mission ambassadors.

How does your key audience feel about your mission and your goals? Step 1 to successful campaigns and communications efforts is doing the homework.

Building a newsworthy and effective event – whether live or virtual – is both an art and a science. From large-scale campaign events to capitol press conferences, wise organizations invest in projecting the message that matches their goals.

Katherine McLane, named 2013 PR Professional of the Year by the Public Relations Society of America, is a leading communications, crisis, and public affairs expert. She leads media training sessions for a host of clients and individuals and has been quoted extensively in national, niche, and regional media and is known for her above-and-beyond, results-focused service to clients.

McLane founded and leads The Mach 1 Group in Austin to offer strategic communications, media and public affairs counsel to industry, for-profit and nonprofit groups, influencing public opinion in support of the strategic objectives of global brands and organizations.

Under McLane’s direction, Mach 1 has successfully advanced some of today’s most closely followed legislative causes, managed major media crises for some of America’s best-known brands, and rebranded leading nonprofits. Tesla, the LIVESTRONG Foundation, the American Beverage Association and Pelotonia are among the clients Mach 1 has been proud to serve.

Before founding Mach 1, as Vice President for Communications & External Affairs for the LIVESTRONG Foundation, McLane served as the organization’s chief communications and crisis management architect during years of global media attention surrounding its founder, and successfully steered a course that kept the Foundation’s vital mission front and center.

McLane served as press secretary for the U.S. Department of Education under Secretary Margaret Spellings in 2006 and 2007, promoting President Bush’s signature bipartisan education law, No Child Left Behind. She led crisis communications and rapid response for the Department and created successful strategies to promote the Education Department’s policies and practices.

From 2003 to 2006, she served as a key member of California Governor Arnold Schwarzenegger’s campaign team and communications staff. As Deputy Communications Director and Deputy Press Secretary, she shaped the Governor’s public outreach efforts and led media relations in the areas of education, military affairs, homeland security, federal relations, emergency response, and the environment.

McLane is a proud graduate of Texas A&M University and she and her family live in Austin, Texas.

Mary Love is a public affairs expert with extensive experience in media relations, political strategy, crisis management, and strategic communication. In addition, as a Certified Digital Marketing Professional, she oversees all social media and online activities for the firm.

Love, a member of the Austin Business Journal Leadership Trust, manages a wide breadth of clients for Mach 1 – from higher education institutions and non-profits to trade associations – and also possesses an impressive background in natural resources. In 2018, she was appointed by former City Council Member Ellen Troxclair to serve as a Commissioner for the City of Austin’s Water and Waste Water Commission, and prior to joining the Mach 1 Group in 2017, Love served as Director of Public Affairs and Special Projects for the Chairman of the Texas Railroad Commission (RRC).

Love, who was nominated for Outstanding Women in Texas Government in 2015, has represented executive state leadership at meetings and conferences both nationally and internationally. She was selected as an official delegate for Texas' 2016 Association of Southeast Asian Nations (ASEAN) Trade Mission to the Philippines, Singapore, and Burma (Myanmar).

In 2015, Love founded the Texas Natural Gas Foundation (TXNG) along with former State Rep. Jason Isaac (Dripping Springs), and Dr. Ken Morgan, Director of the Texas Christian University Energy Institute, and continues to serve as vice president of the Foundation.

At the height of oil prices in 2013, she served as the primary author of the Eagle Ford Shale Task Force Report to the Texas Legislature—a comprehensive, first-ever analysis of an oil and gas shale formation. These shale plays and the extraction techniques applied to them went on to change fossil fuel production throughout the world.

Prior to her service at the RRC, she served as the Marketing & Media Coordinator for the Boys & Girls Clubs of South Central Texas, and before that, earned her master's degree with honors in Strategic Communication at Texas State University, where she also created, produced, and hosted the university's first-ever student-produced television series.

Rae Holliday is a communications expert whose 20 years of experience has taken her to five continents serving renowned organizations, institutions and companies. In 2013, she was named to PRWeek’s 40 Under 40 list as a person who is leading the charge for the next generation of communicators. Holliday is a savvy, battle-tested professional with world-class experience whose professional endeavors have earned national and international accolades, including a Silver Anvil Award, considered the public relations industry’s highest level of achievement.

Holliday began her career at the John F. Kennedy Center for the Performing Arts where she spent more than a decade promoting the nation’s busiest arts facility and living Presidential memorial, which presents 2,000 performances and welcomes audiences of 20 million annually and also serves as a global leader in cultural diplomacy.

From 2008 to 2013, Holliday served as the Director of Communications & External Affairs for the LIVESTRONG Foundation, one of the most highly rated non-profit organizations in the United States. She built and executed a crisis communications and rapid response strategy to help the organization move beyond the controversy surrounding the cycling career of its founder, Lance Armstrong.

More recently, Holliday served as the Director of Executive Communications at the University of North Carolina at Chapel Hill, where she worked collaboratively with University leadership and across schools and departments to deliver a consistent message that advanced UNC-Chapel Hill’s values, mission and strategic goals.

Holliday is a co-founder of The Mach 1 Group and currently serves as a strategist helping clients define their narratives, sharpen their brands and raise their profiles in order to proactively position them to thrive, innovate and lead for the years ahead.

Holliday is a proud alumna of North Carolina State University.

Brett Fey is an operations expert with 30 years of experience managing teams big and small. His strengths in organizational planning, strategy and resourcing keep Mach 1 thriving.

Mollie began her career at The Fox News Channel in New York City, where she helped produce hit cable news shows such as ‘Glenn Beck’, ‘The Five’, and ‘Hannity’. Working with political and entertainment leaders, her work was viewed by millions of Americans every night — including coverage through major events such as the Boston Marathon Bombings, Sandy Hook, Benghazi and the 2012 presidential election.

After moving to Washington, D.C., Mollie worked as a Communications Director on Capitol Hill and as the Director of TV and Radio for the National Republican Congressional Committee through the 2014 midterm elections. She continued her career in North Carolina first as the Communications Director to the North Carolina Speaker of the House, and later as the Director of Government Affairs for Governor Pat McCrory’s Department of Environmental Quality.

Prior to joining The Mach 1 Group, she was the Communications Director and Interim Campaign Manager for a Gubernatorial race in South Carolina.

Mollie is a graduate of the State University of New York at Buffalo.

Alice Claiborne is a seasoned professional with a decade of experience in the media communications industry. She has worked in the public and private sector, building expertise in pitching, message development, brand awareness and targeted marketing. She began her career as a television news producer in East Texas and then transitioned to state and local political communications.

During her time in the newsroom Alice was responsible for coordinating two newscasts each day. Using compelling content and strong storytelling skills, she raised viewership and secured both newscasts as the top in their time slot.

A native Texan, Alice graduated from Oklahoma State University in Stillwater with a degree in Broadcast Journalism. 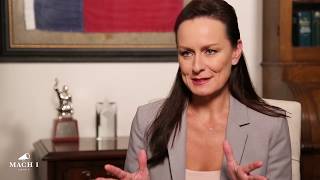 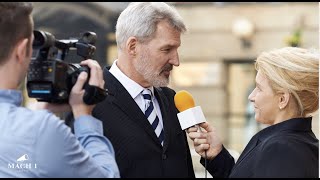 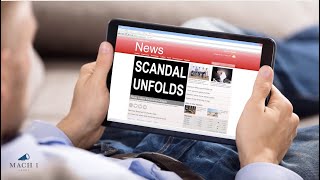 By Alice Claiborne In Blog

By Mary Love In Blog

Why you’re not getting the news coverage you want (and how to fix it!)

By Katherine McLane In Blog

When to Reach Out to a Crisis Management Professional

Crises are inevitable. Whether it's a natural disaster, a data breach, or a product recall,…

The New Era of Organizational Advocacy

Summer vacation season may be in full swing, but the recent news cycle has been…

As the world becomes increasingly connected through social media, cell phones and news, the need…

3 Steps to Getting the Right Sound Bite

When speaking to a reporter, it's important to remember that they are looking for sound…

Three Questions to Help Select Your Next Spokes Person

During moments of uncertainty, it’s only natural that we seek out strong voices for support…